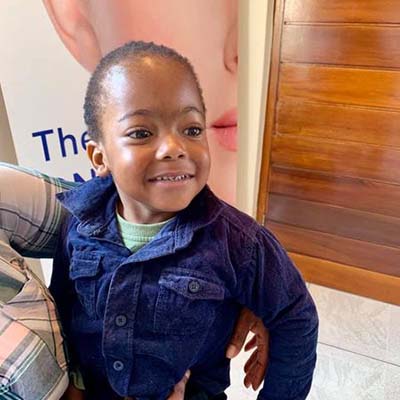 Godswill is four years old and was born with a sac of fluid behind his head (meningoencephalocoele). His Mom could not get treatment for him and the sac grew as he did. We intervened in May 2017 when he was two years old and he had a successful operation having a VP Shunt inserted. The pressure of the fluid did cause delays in his speech and development. He currently receives therapy once a week. We also ensure that he has ophthalmology check ups. He has a food aversion and is on a nutritional supplement to ensure he remains healthy. Godswill loves music and can be found dancing to any music playing on TV and the radio.


If you would like to help Godswill you can do so in the following ways: